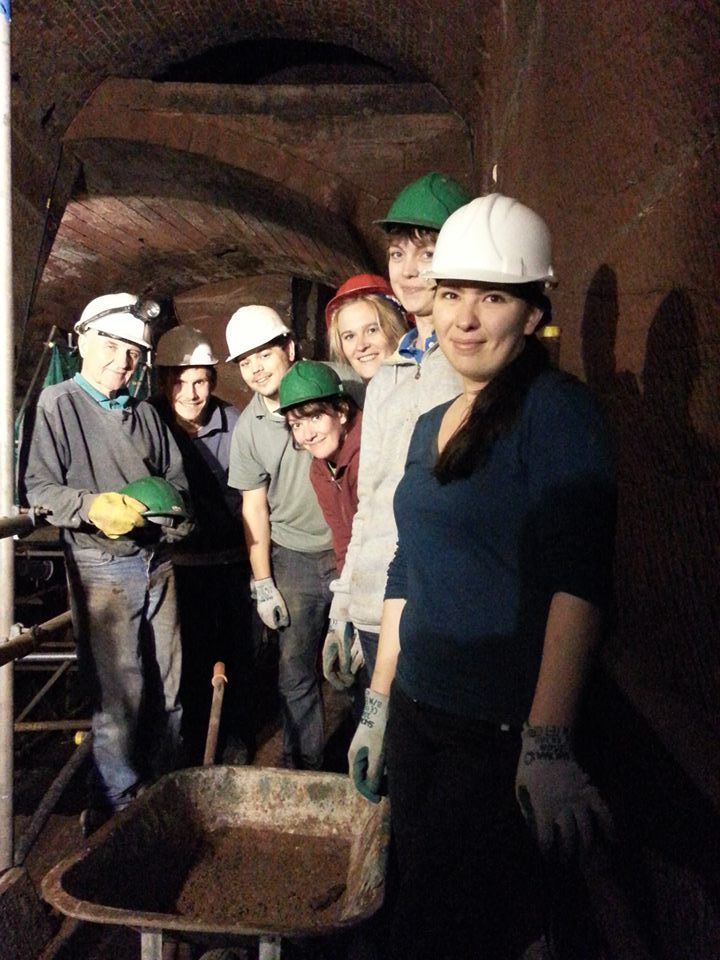 The LAS and Article25 have been helping with the excavations in the Williamson tunnels, just a short walk from the department.

The Williamson Tunnels are a labyrinth of tunnels in Kensigton, Liverpool, (just on the edge closer to town, a short walk from the University Hospital), which were built under the direction of the eccentric businessman Joseph Williamson between 1810 and 1840. They remained derelict, filled with rubble and refuse, until archaeological investigations were carried out in 1995. Since then excavations have been carried out and part of the labyrinth of tunnels has been opened to the public as a heritage centre.

I found it fascinating trying to uncover these tunnels, especially because there are no maps to guide you. We go brick by brick, rebuilding arches as we go, and find the most fascinating things on the way. People used it as landfill, so there are lots of construction materials, crockery, bones, and odd things like vials that look suspiciously like poison containers or medical instruments that I find it hard to believe were used on people, corsets, clothes, etc. Mostly rubbish, to be honest, but every now and then you come across snippets of life from someone else’s past.

At the moment, the tunnels are big enough to hold concerts and we think the largest rooms are yet to be uncovered. Check out the Fiesta Bombarda in the tunnels if you get the chance.

The story of the tunnels is fascinating, and you can read it here. Also consider volunteering yourself if you are in a position to do so!